PFOS/PFOA and the Stewart Air National Guard Base: What You Should Know

On August 12th, 2016, the New York State Department of Environmental Conservation (DEC) listed the Stewart Air National Guard Base in Orange County as a Class 2A State Superfund site.  The Superfund listing was triggered by the State’s determination that Stewart Air National Guard Base is a significant source of perfluorooctane sulfonate (PFOS) detected at concentrations of concern in Lake Washington.  This lake was a major public water supply source for the City of Newburgh prior to the detection of PFOS in the water, at which point the City declared a State of Emergency (in May 2016) and discontinued using Lake Washington as a source of public water.  The City of Newburgh currently obtains public water from alternate sources that have not been impacted by contamination. 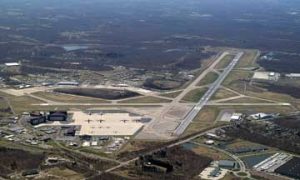 During sampling conducted by the DEC, some areas of Lake Washington exhibited PFOS concentrations up to 5,900 parts per trillion (ppt).  Earlier this year, the United States Environmental Protection Agency (USEPA) updated its lifetime health advisories for PFOS and/or related compound perfluorooctanoic acid (PFOA), indicating that adverse health effects may be caused by exposure to drinking water containing these substances at concentrations above 70 ppt.  PFOS and PFOA are fluorinated organic chemicals that have been extensively used in manufacturing consumer goods due to their fire resistance and oil/water repellant properties.  Available studies indicate that exposure to elevated levels of PFOS and PFOA may cause adverse health effects including fetal development problems, liver damage, immunological impacts, and certain cancers.  While USEPA has not promulgated drinking water standards for PFOS and PFOA, the agency is continuing to evaluate the health effects posed by these compounds and may establish federal regulations in the future limiting PFOS and PFOA concentrations.

Preliminary data collected by the DEC indicate that the PFOS contamination discovered at Stewart Air National Guard Base was caused by the historic use of firefighting foam at the site.  According to the DEC, “the State’s top priority has been to reduce residents’ exposure to PFOS, while investigating the extent of the contamination and holding those responsible accountable.”   The DEC has identified the U.S Department of Defense (DOD) as the responsible party at Stewart National Guard Base.  Under the Superfund program, the DEC will work to ensure that the DOD expedites investigation and remediation of the PFOS contamination at the site, and takes action so Lake Washington can once again be used as a drinking water source.  The long-term remediation plan may include a permanent water filtration system and monitoring program to ensure that water withdrawn from the lake is safe for potable use.

Walden Environmental Engineering has been tracking developments related to PFOS/PFOA in drinking water supplies.  If you have any concerns or questions related to these compounds, please call us at (516) 624-7200.