Walden > Who We Are > Community Outreach

Giving back is a high priority at Walden.  We are passionate about improving the environment and enhancing the well-being of the communities in which we live and work; therefore, Walden strives to devote volunteer time to make contributions to the community.  Each year, to commemorate Walden’s formation on May 19, 1995, Walden takes a day away from work to perform a day of service to give back to the community.  Examples of the work we have performed in the past are detailed below.  If you are from a not-for profit and looking for a group of volunteers, please contact Walden Environmental Engineering to discuss further.  We are always looking for the next local organization that can benefit from our time and expertise whenever possible.

Walden built 25 student desks from scratch (to represent the 25-year anniversary at Walden) to be used by students in the Oyster Bay and Hudson Valley areas.  With so much remote learning and studying forced away from the traditional classroom, these engineer-influenced desks were targeted to provide help to students in their studies outside of school. Elementary, Middle School and High School size desks were designed and assembled with sturdiness and functionality in mind. Once the desks were built, the Walden team sanded, primed and painted each desk with care in a variety of different colors.

“Walden and our clients benefit from a strong education system, but many students need help right now.  Even after the pandemic challenge has passed, these desks will continue to help more vulnerable students stay in the game and succeed with their academic goals.”  Joseph M. Heaney III, P.E., Principal of Walden.

Giving back is a major priority at Walden. On an annual basis, the Walden staff take a day away from work to celebrate the company’s anniversary by performing a day of community service. Walden believes in improving the environment and community with our contributions.

In 2018, Walden Environmental Engineering volunteered at the Mary Brennan INN. The Mary Brennan INN is the largest soup kitchen on Long Island, serving a hot, five course meal to over 200 people five days a week. The INN offers hot showers, toiletries, household items, a clothing boutique, emergency services and a pantry section for those in need. The Walden staff helped prepare the meal for the day, cleaned the facility, and organized the pantry and clothing section.

“We were fortunate enough to have Walden come in today to volunteer,” said Jason Tessler, Mary Brennan INN Manager. “You guys rocked and I hope to see you back!”

In 2017, Walden was honored to help at the Nassau County Firefighters Museum and Education Center in Garden City, New York. This museum stores countless pieces of historic firefighting equipment from Long Island Fire Departments and houses an education center where children learn about the dangers of fire and how to react in a threatening situation. Walden dusted well-maintained historic fire engines, sanitized children’s chairs and toys, polished glass cases, organized the educational center, and cleaned floors to allow visitors and employees to enjoy the museum and education center.

In 2016, Walden volunteered at Mill Neck Manor School for the Deaf. This school works hard to enhance the quality of life for people who are deaf or have other special communication needs. The campus is a beautiful place thanks to their hard working staff. The Walden staff had a great day working on Mill Neck’s 86-acre campus, painting light posts, removing stumps and weeding around the property.  There are only 3 groundskeepers at Mill Neck Manor, so with Walden’s 20 plus staff and family members, we certainly made an impact on lightening their work load.

In 2015, Walden celebrated its 20th anniversary by volunteering at the Waterfront Center, fittingly in the firm’s hometown of Oyster Bay. The Center is devoted to educating the public on the marine environment while promoting the protection and enjoyment of local waterways. Walden’s staff geared up to help prepare the sailboats used in the Center’s youth sailing program, in addition to organizing materials and repainting tables used in their many educational endeavors. Our timing was perfect, as the Waterfront Center prepared to kick-off its summer season just one week after Walden Day.

2014: Rebuilding The Village of Island Park

In 2013, Walden volunteered in Breezy Point and helped homeowners with landscaping tasks to assist in their long road to recovery from damages suffered due to Superstorm Sandy. The community had focused on rebuilding their homes, all of which had been flooded and some of which were destroyed by fire. Walden weeded and planted flowers to help beautify the community and help restore some sense of normalcy. One location we focused on was a local 9/11 memorial that had been neglected after the storm damage. Our efforts were greatly appreciated and everyone from Walden was truly honored to help this community which had been through so much.

In 2012, Walden spent the day volunteering for the Town of Hempstead. Staff members volunteered for a day of service to assist the Town of Hempstead with their storm drain medallion program.  Staff members spent the day in the neighborhood of Franklin Square gluing medallions to the inlets of storm drains.  The medallions are part of a larger Municipal Separate Storm Sewer Systems (MS4) program aimed at increasing public awareness and reducing the amount of pollutants which find their way into our bays and oceans.

In 2010 and 2011, Walden volunteered for the North Shore Land Alliance. Both these years, Walden’s staff spent the day weeding and clearing trails at the Fox Hollow Preserve and Hope Goddard Iselin Preserve. These preserves act as a place for visitors to enjoy nature, and Walden’s staff was very excited to spend the day outside in nature giving back to the community.

In 2009, Walden spent the day volunteering at the Long Island Cares Food Bank. The Food Bank began on Long Island in 1980, and now has many locations across Nassau and Suffolk. Walden staff spent the day packing canned goods following the United States Postal Service food drive. LI Cares supplies more than 8 million pounds of food and goods every year across Long Island’s food pantries, soup kitchens, shelters, group homes, and many other facilities.

In 2008, Walden volunteered with Habitat for Humanity to help build an affordable house in Suffolk County. Habitat for Humanity’s goal is to build houses in communities for families in need. Walden’s staff spent the day putting up structures and walls to ensure a stable household. Habitat Suffolk has a goal of building 10-12 houses a year, and we made an impact during our day of service. 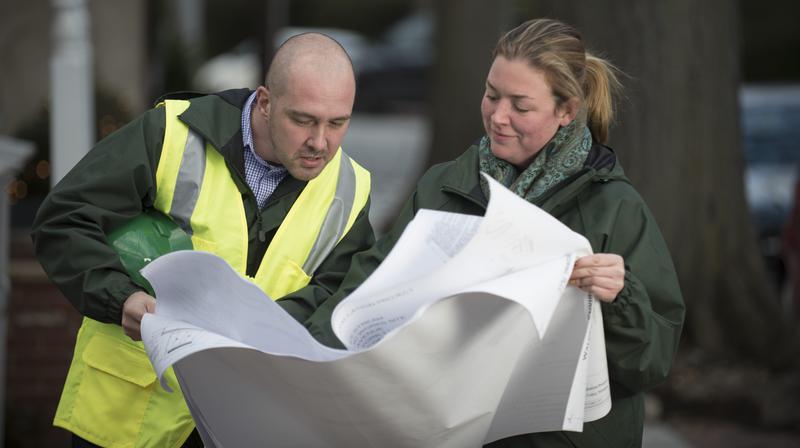 Find out what we've been working on. 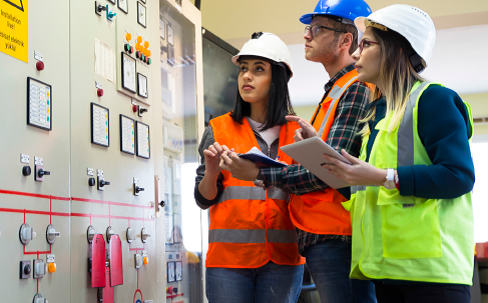 We are here to help! Contact us today to find out what we can do for you.