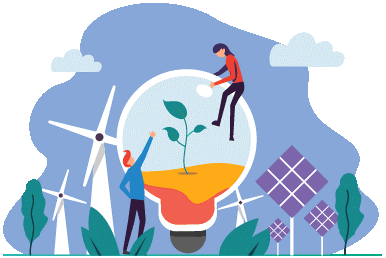 New York State’s new process for large-scale renewables siting and permitting, the Section 94-c process, has finally been issued by the Office of Renewable Energy Siting (ORES) and became effective on March 3, 2021. The draft regulations were issued on September 16, 2020 and were open to public comment until December 7, 2020.

The State of New York has continually put in efforts to increase environmental awareness and fight against climate change. In 2016, the Public Service Commission ratified the State’s Clean Energy Standard (CES). The Standard mandates that 50% of New York’s electricity must be generated from renewable energy sources by 2030. This 2016 legislation is one of many efforts that New York is taking to push the usage of clean energy. The process to make this happen has been slow and New York is falling behind on its goals. ORES created these regulations in the hopes of expediting the process of siting major renewable energy projects and the associated transmission facilities. This will help achieve New York State’s clean energy and climate goals, while simultaneously maintaining environmental and public participation standards.

After evaluating the public comments, ORES created new terms for the Section 94-c process. Some of the additions that appear in the finalized regulations, which were summarized by our friends at Hodgson Russ LLP, are as follows:

The newly issued regulations for streamlining large-scale renewable projects will be an asset to achieving New York’s clean energy and climate goals.

To learn more about the regulations or the permitting process, call Walden Environmental Engineering at 518-490-4821. Walden can also provide consulting services to complete the application process and prepare supporting documentation on your behalf.