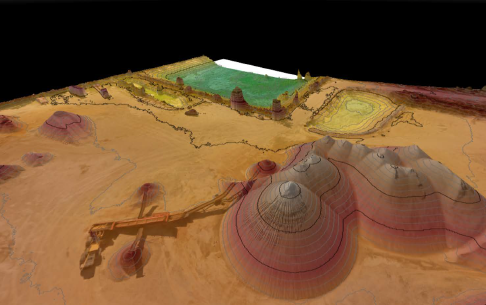 Drones are still a nascent technology, and the market is still maturing.

Hardware quickly becomes obsolete and the laws governing drone use are continually changing. By utilizing firms that have experience in navigating the complex regulatory and technical challenges of the drone industry, a site manager can reap the benefits of this technology while avoiding the significant start-up costs associated with acquiring and operating drones.

Unmanned Aerial Vehicles (UAVs, also known as drones) can be a helpful tool for many companies, government agencies and other organizations. They may be considered cutting-edge technology, but their use has been around for longer than most might realize. Use of small drones in the commercial space formally began almost 10 years ago, when the FAA Modernization and Reform Act of 2012 created a process known as a Section 333 Exemption. Using this exemption, businesses were able to petition the FAA to deploy drones for specific cases. While limited, Section 333 provided many organizations their first legal pathway to pilot drone programs, integrating high resolution cameras with the first generations of mass-produced small drone hardware to use in inspection, mapping, photography, and ore. In 2016, the commercial drone industry received a major boost when the FAA created 14 CFR Part 107, which formally codified commercial drone usage and further outlined safety, operating, and licensing criteria. Under Part 107, obtaining a drone pilot’s license became considerably easier, and with it, industry adoption skyrocketed. As of 2018, there were more than one million drones registered with the FAA, and over 100,000 people in the US have received their Part 107 remote pilot license to engage in commercial drone work.

WANT TO USE DRONES TO IMPROVE YOUR SITUATION? GET IN TOUCH TODAY.