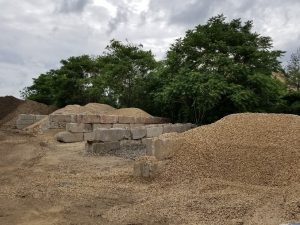 Regardless of how natural or clean the soil might be, if you had excavated fill material from a commercial property, public park, or even a residential backyard, it most likely is considered a “waste” material (with some exceptions!) that is regulated under the New York State Department of Environmental Conservation Part 360 series.

Following the recently published Enforcement Discretion Letter on behalf of the NYSDEC on 1/25/2019, the NYSDEC had compiled a list of clarifications that described what is not considered a “waste” and whether or not it requires a Part 364 Waste Transporter permit.

The following list describes what is and is not considered a “waste”:

To read more about Part 360 Beneficial Use Determination, please read our other blog for more information at https://waldenenvironmentalengineering.comthe-contractors-guide-to-part-360-beneficial-use-determination.

If you have any questions regarding Part 360 or Part 364 Waste Transporting requirements, please give Walden a call. We have many Solid Waste Experts on staff that can answer your questions.