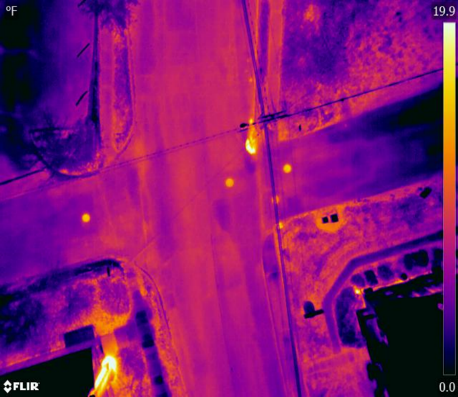 Walden used thermal imagery from unmanned aircraft to detect leaks in underground piping in Village of New Paltz, in order to curb the loss of drinking water from pipes. Leak detection was possible by observation of infra-red (IR) radiation from warmer or colder water, relative to the environment. Thermal imagery obtained at dawn was used for the detection of leaks, as the IR sensor’s ability to distinguish between heat sources is maximized when solar radiation is at a minimum. Leaks were detected with this approach.

This research was presented to the American Water Works Association (AWWA) in 2019 at the North American Water Loss Conference in Nashville, Tennessee.  Selected slides from the Presentation are presented above.