Federal funding has been announced for an initial $2.25 million under the Bipartisan Infrastructure Law, which will be made available to Long Island homeowners. The funding was jointly announced by the Long Island Sound Study, a cooperative effort led by the EPA, and is intended to reduce nitrogen entering the waters and groundwater of Long Island and consequently, improve the water quality surrounding Long Island.

In the first year of funding, a $2.25 million grant will be provided to the Suffolk County Reclaim Our Water Initiative and Nassau County’s Septic Environmental Program to Improve Cleanliness (S.E.P.T.I.C.) through New York State. The septic system grant programs through Suffolk and Nassau counties will be used to reimburse eligible property owners for a portion of the cost of replacing cesspools and inadequate septic systems with systems that will protect Long Island waters.

As homeowners will now be eligible to receive funds from both the state and county programs, total grant amounts of $20,000 or more may be obtained to pay for installation of more effective systems to handle sanitary wastewater. These systems remove more nitrogen than conventional septic systems, which will reduce the quantities of nitrogen entering our waterways. The counties have a list of approved systems that are eligible for funding.

Over five years, a projected $8 million will be funded as a result of the Bipartisan Infrastructure Law, which will continue to fund programs to reduce nitrogen in Long Island’s waters. Excess nitrogen in water causes algal growth and blooms, reduces oxygen which leads to dead zones and fish kills, and is harmful to human health.

If you have queries about the funding or would like to discuss replacement of your cesspools or septic system, please contact Walden at 516-271-1948 and speak to one of our knowledgeable staff who can assist. 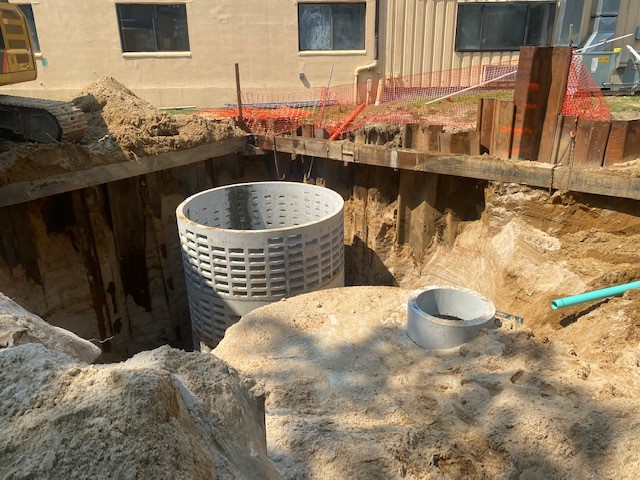 Visit Walden’s sanitary sewer and grant writing webpages to learn more about the services we offer in these areas. Contact us at 516-271-1948 to talk with one of our experienced engineers.