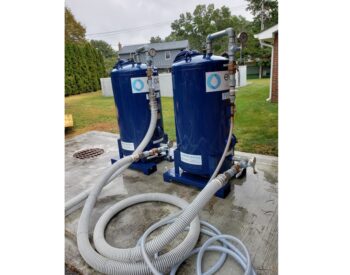 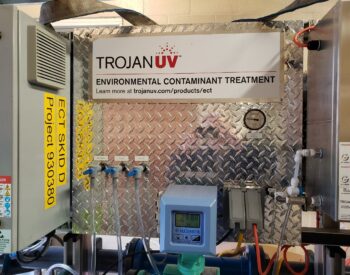 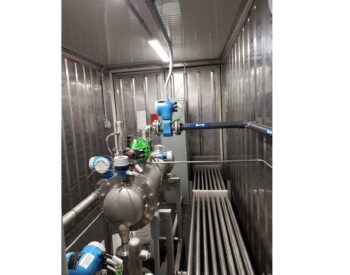 Walden prepared a grant application on behalf of a local Nassau County Water Authority seeking funding for a 1,4-dioxane treatment project under the 2019 New York State Water Infrastructure Improvement Act (WIIA) Grants program.  The New York State Department of Health (NYSDOH) is in the process of adopting a 1.0 ppb MCL for 1,4-dioxane in drinking water.  Concentrations of 1,4-dioxane in drinking water at one of the Authority’s supply wells currently exceed 1.0 ppb, therefore the Authority plans to install a new Advanced Oxidation Process (AOP) treatment system including UV lamps, hydrogen peroxide addition, and GAC treatment to reduce 1,4-dioxane concentrations at this location so the supply well can remain in operation.  This project will also include adding an extension onto the existing air stripper treatment building to house the AOP system equipment.

Walden prepared an Engineering Report in support of the project as required for the WIIA grant in accordance with the requirements specified in DWSRF Engineering Report Outline for New York State Assisted Drinking Water Infrastructure Projects (effective April 1, 2018).  The Engineering Report evaluated the treatment methods and protocols developed by NYSDOH, the Nassau County Department of Health (NCDH), and other local water suppliers which have proven to be effective in reducing 1,4-dioxane concentrations.  The Report describes the AOP pilot testing to be performed to determine the optimal treatment configuration and conditions that will maximize 1,4-dioxane removal while controlling the resulting by-products that may be harmful to human health, as well all completed environmental assessment forms.

WIIA grant funding decisions were announced for Long Island water providers by New York State Governor Andrew Cuomo in December of 2019. The Water Authority was awarded the full amount of funding requested in the Engineering Report written by Walden, and is currently in the process of going forward with plans.