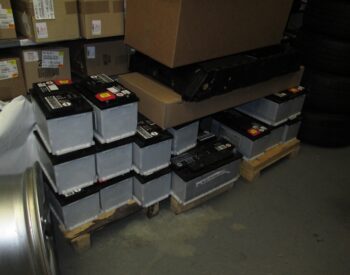 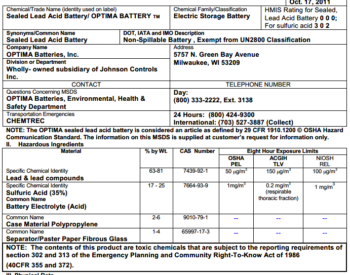 A New York City (NYC) car dealership facility contacted Walden Environmental Engineering, PLLC (Walden) for help with resolving a Notice of Violation (NOV) received from the New York City (NYC) Department of Environmental Protection (DEP) for failure to submit a Risk Management Plan (RMP) in relation to their Right to Know Tier II Annual Report for the facility. The NYC DEP visited the facility and informed the manager that an Extremely Hazardous Substance (EHS), sulfuric acid, was listed as being present at the Facility in an amount exceeding the allowable limits. This exceedance resulted in an issuance of a fine as well as the requirement for a Risk Management Plan (RMP) to be developed and submitted to the NYC DEP.

Although, the facility did not store or use sulfuric acid in their daily operations in pure form, Walden was able to determine, based on previous experience with similar facilities and through review of the facility safety data sheets (SDS), that sulfuric acid was a substance contained within automotive batteries stored at the facility. Walden reviewed the annual Right to Know Tier II Report for the facility, and additionally determined that the amount of sulfuric acid listed on Tier II report was misrepresented, based on the battery inventory provided by the dealership for reporting.

Walden contacted the NYC DEP, on behalf of the client, to explain the reporting error. Walden was able to submit a revised Tier II Report, and get the NYC DEP to rescind the fine and remove the requirement of a RMP for the facility.