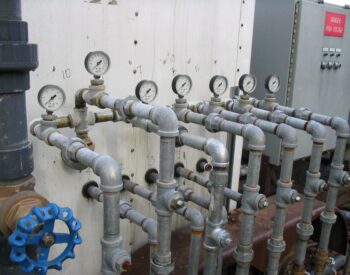 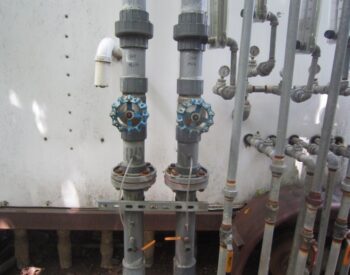 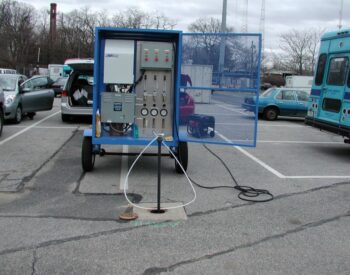 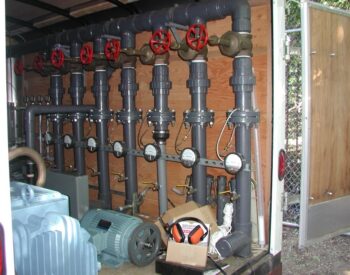 A release of gasoline was discovered during the excavation of a former fuel dispensing system at a site operated by a municipality in Long Island, New York. A rainbow sheen was observed on the groundwater within the excavation. Through a series of preliminary investigations, gasoline constituents were detected in the soil and groundwater surrounding the removed underground storage tanks (USTs). Walden then conducted further investigations to determine the level of impact the contamination caused to the surrounding soil and groundwater downgradient from the initial release.

Walden then developed and implemented a detailed Geoprobe investigation utilizing an on-site laboratory to bound an offsite BTEX plume extending approximately one-half mile from the site. The investigation included the design and installation of an offsite groundwater monitoring well network to track the migration of the plume. Walden conducted a Soil Vapor Extraction and Air Sparge (SVE/AS) pilot study to determine design parameters to support detailed design of a full scale SVE/AS remedial system. After finalizing the design, Walden coordinated subcontracting for the SVE/AS system installation work. In order to minimize costs, the municipality decided to self-perform the work.  With Walden providing oversight during general construction work performed by the municipality’s work force, a significant savings from the original contractor quoted pricing was realized.

The original SVE/AS system consisted of seven Soil Vapor Extraction wells and four Air Sparge wells. In 2001, free product was detected in a monitoring well and further investigation concluded that the free product had leaked from an on-site diesel fuel filter. After removing the free product from the site, the SVE/AS system was upgraded to include additional Soil Vapor Extraction and Air Sparge wells. In addition, a chemical oxidation system, utilizing ozone, was designed by Walden and installed, with NYSDEC approval to treat contamination detected off-site.

With Walden’s expertise, the remediation system is maintained to provide optimal performance. The SVE/AS and Ozone systems continue to remediate the soil and groundwater at the site. Since the initial detection of the spill, Walden continues to monitor the remedial efforts through sampling and testing on a quarterly basis. Quarterly monitoring reports are prepared and submitted to NYSDEC to track the effectiveness of the remedial system.