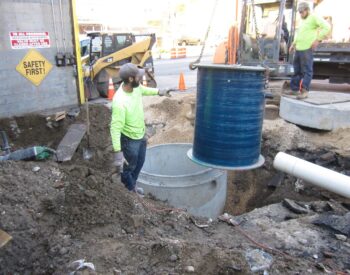 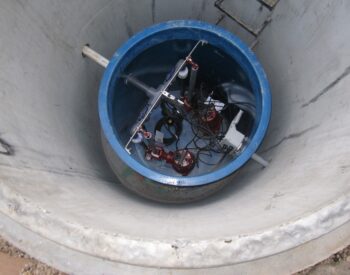 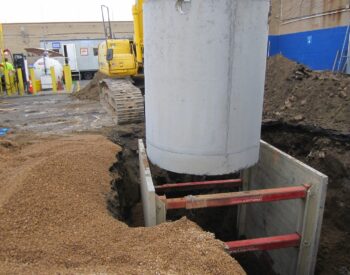 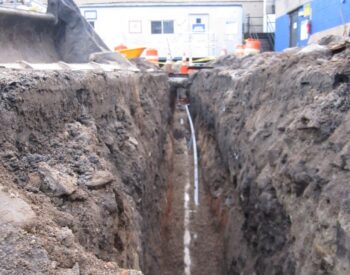 An international bus company with a depot in Brooklyn had a number of buses and coaches for hire with on-board bathrooms.  There was never any convenient way to discharge the waste from these buses once back at the depot.  Walden was hired to solve this problem and was recommended based on previous projects that staff within Walden were known for.  After doing an on-site investigation to assess the sewerage system and utilities, Walden formed an innovative plan to install an automatic sewage ejector system in the parking lot which was piped into the current sewerage system of the building.

Walden project managed the entire project from start to finish.  Walden created a detailed design, formed bid documents and ran a competitive bid for a contractor, and then oversaw the construction on site until completion. Walden had to assess many components to ensure the project would be successful, including the location and capacity of the sewerage system, the electrical panel and all utilities on site.  A custom design was created to install the sewage ejector system underground, inside a vault, which would then be accessible for maintenance and cleaning.

When the project was finished and the site was restored, the buses on site were able to drive over the top of the unit, discharge their waste, which would then be automatically be pumped inside to enter the buildings system.  This was beneficial for the staff, increasing their speed of operations and reducing their safety concerns.