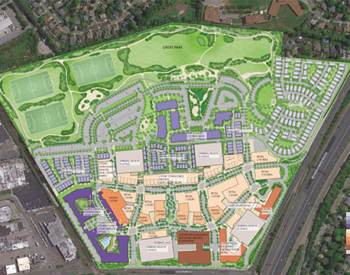 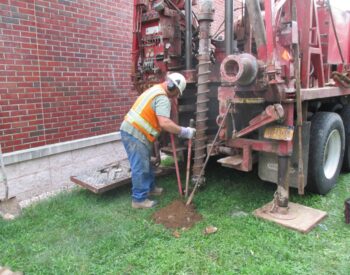 Walden conducted a comprehensive review of the Draft Environmental Impact Statement for the Proposed Syosset Park development (at the former Cerro Wire and Syosset Landfill Sites) on behalf of the Syosset Central School District. Due to the nature of the project and the DEIS being accepted as complete by the town of Oyster Bay, the project faced community backlash. Walden reviewed the available documentation related to historical use of operations, site investigations and remediation activities conducted on the site. Once these were reviewed extensively, Walden prepared a summary of the existing Site conditions, significant concerns and comments to the DEIS related to impacts on the school district and presented its findings to the school board, while fielding questions asked by the community.

Walden was retained by a local school district to review the Draft Environmental Impact Statement (DEIS) prepared for a proposed multi-use mixed residential/commercial development of site located near several district schools. The objective of the DEIS evaluation was to evaluate the potential environmental impacts the proposed development could have on students and staff at the schools. Prior to Walden reviewing the DEIS, the Long Island municipality that originally accepted the DEIS as complete was subjected to opposition from members of the community.

Walden reviewed the DEIS and available documentation related to the historical operations that were conducted at the Site.  Because the proposed development site included a USEPA Superfund Site and NYSDEC Brownfield Site, there was a considerable amount of information to review regarding the site characterization investigations, previous remedial work, and on-going monitoring performed at the Site.  Walden maintained close contact with the federal and state regulatory agencies and evaluated additional Site investigation and remedial monitoring results generated after the DEIS was prepared.

Walden identified potential concerns associated with the proposed development plans, including construction phase air quality and stormwater erosion impacts, noise generation and disturbance to learning activities, and independent third-party oversight during construction and site operations.  Walden also installed monitoring wells on the adjacent school property to determine whether groundwater had been impacted by contamination at the neighboring Site.  Soil vapor intrusion sampling results generated by another consultant were evaluated to rule out indoor air quality impacts.

Walden prepared a detailed comment letter which laid out the environmental and health concerns associated with the project, as well as deficiencies in the plans included in the DEIS that had been developed to control potential impacts.  Walden also presented these findings to the school board and members of the community, and fielded questions regarding the project. As a result of the District’s concerns and community opposition, the site was ultimately developed as a warehouse distribution facility.