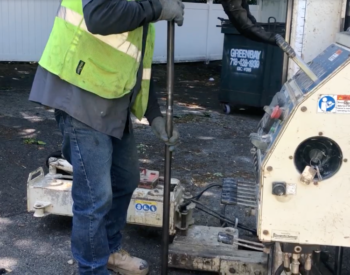 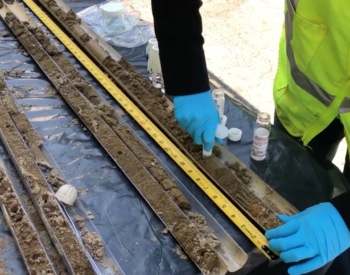 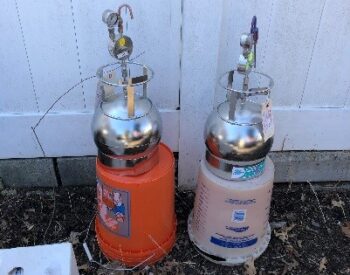 Walden has provided environmental consulting services at this former dry cleaners site in northwestern Nassau County since the early 2000’s, to the property’s current and former owners.  This site was previously part of the Voluntary Cleanup Program after a release of tetrachloroethylene (PCE) was first noted in 1995. The PCE contamination was suspected to originate from floor drains and from a leaching pool and drywell on the property that were associated with the former dry cleaner operations. In 2001, a soil vapor extraction (SVE) system was installed to remove volatile organic compound (VOC) vapors from the subsurface and improve soil and groundwater quality.

Walden was retained by the former owner to continue O&M of the remediation system and to track the reductions in VOC concentrations achieved over time by continued operation of the SVE system. Walden then completed supplemental subsurface investigations which included drilling and sampling soil borings, as well as collecting groundwater, soil vapor, and indoor air samples whose analytical results indicated that soil concentrations were reduced to below the NYSDEC TAGM 4046 Recommended Cleanup Objectives and supported shutdown of the SVE system.

Approximately seven (7) years later, the site was purchased by a new owner who retained Walden to evaluate soil vapor intrusion (SVI) issues associated with the former dry cleaner operations and achieve site closure. Walden conducted a SVI investigation which indicated that subsurface VOC concentrations had rebounded since the SVE system, resulting in on-site and off-site impacts. Upon termination of the Volunteer Clean Program, Walden prepared an application to the NYSDEC Brownfields Cleanup Program (BCP) and the owner successfully gain admission to the BCP as a volunteer.  Walden negotiated with NYSDEC on behalf of the client with the goal of achieving State approval to implement a reasonable alternative that is protective of human health and the environment, and allows the owner to restore the site to beneficial use.

The selected remedial strategy entails the development and installation of another SVE system to reduce the residual VOC mass and prevent off-site vapor migration by removing contaminated vapors in the subsurface, with excavation of on-site residual source material as appropriate. Walden conducted additional sampling to confirm the results of the previous SVI investigation as well as analyze the potential presence of emerging contaminants such as 1,4-dioxane, PFOA, and PFOS. The property owner continues to work with Walden towards achieving BCP closure once the remedial action plan is implemented.