Walden > Current Events > What Are The Possible Benefits Of Shale Gas Exploration?

What Are The Possible Benefits Of Shale Gas Exploration? 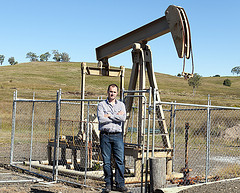 Experts agree increased natural gas availability could bring a wide range of significant benefits to U.S. businesses and consumers.  Check out the presentation we did on Marcellus Shale.

New extraction techniques – especially the combination of hydraulic fracturing and horizontal drilling – now enable energy companies to access enormous natural gas deposits within shale far underground. Shale gas exploration has already proven that in Texas, Pennsylvania and New York there are extensive reserves that could be captured using these alternative methods.  According to a study conducted by IHS Global Insight, shale gas exploration and production are already providing broad economic benefits. And those benefits are expected to increase dramatically over the next 20 years. It is difficult and painful to see these resources tapped throughout the United States, while the state of New York and its governor sit on a now four year old moratorium prohibiting horizontal drilling. Walden has blogged on this topic extensively. Governor, Andrew Cuomo, should release NYSDEC’s highly protective and restrictive regulation and let drilling begin. Some of the benefits New York will see include:

Every step we take to increase domestic production is an equal step away from dependence on foreign suppliers that may, or may not, do business with us in the future. The ability to control our supply of key resources is a primary consideration in protecting America from terrorists or other potential threats. And it can relieve us from the out-of-control cost of foreign-produced oil.

Natural gas is notoriously cheaper to burn than oil or coal, making it increasingly popular with homeowners as well as industrial customers. IHS claims that greater use of natural gas can reduce electricity costs across the country by 10%. That would give a typical household an additional $926 in disposable income by 2015, more than $2000 annually by 2035.  An industry study determined that the shale gas exploration “boom” has lower gas prices nationwide, resulting in natural gas savings of $103 billion. That’s per year. That means, overall, consumers will benefit to the tune of $100 billion or more – each year – at present production rates.  Future possibilities? We’re already seeing cars and trucks on the road powered by compressed or liquid natural gas instead of gasoline produced from oil. One barrel of oil is approximately equal to 6000 cubic feet of gas in terms of energy produced, so a significant switch could bring about billions of dollars in oil savings each year.

Since gas burns much cleaner than coal or oil, vehicle emissions would be exponentially decreased too. And it’s not just futuristic cars that would save. Industrial use of natural gas resulting from shale gas exploration can produce an immediate and even greater positive effect on our atmosphere.

Concerns continue to mount about America’s dependence on foreign suppliers for key industrial and manufacturing raw ingredients. And there’s increasing desire to repatriate jobs in these sectors. Shale gas exploration supports that and contributes considerably to a brighter employment picture.

Steel and chemical industries in particular depend on natural gas for energy and as a feedstock.  The lower the pricing they’re able to find, the better able they are to remain globally competitive, grow and hire more US workers. And lowering their production costs means they can offer lower prices to their US customers, too. Everyone wins.

Without the added production made possible by shale gas exploration, America would be importing far more liquid natural gas from Australia, Qatar, Russia or other countries

Growing production from shale gas exploration is generating more tax income for a number of states as well as the federal government. IHS predicts that combined amount to be $57 billion by 2035. And they say shale gas will boost the national GDP by $231 billion.

Knowledge is a Good Thing

Conducting shale gas exploration is teaching us more about our natural resources – where they’re located and potential ease or difficulty associated with retrieving those resources. That gives us a preview of future benefits we can only dream about now. At Walden, we fully support the “safe” and “controlled” tapping of natural gas from shale. Walden stands ready and qualified with the following services: developing an environmental database to store and report predrilling groundwater data from existing wells utilizing an EDMS, developing Spill Prevention, Control and Countermeasure (SPCC) plans for drilling pads, mapping of play area using GIS technology to aid in well spacing and royalty allocation, creating erosion control and multisedimentation plans and BMP, and even assisting post drilling site reclamation work, all of which help upstream and midstream energy firms.