Walden > Tanks and Fuel Management > Marcellus Shale: It is Like Night (NY) and Day (PA)

Marcellus Shale: It is Like Night (NY) and Day (PA) 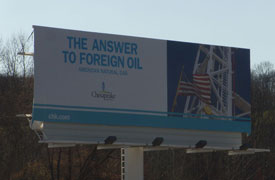 I recently attended a public meeting in central Pennsylvania focusing on the issuance of a water withdrawal permit from the Tioga River. My interest in this subject aimed at understanding how my company, Walden Associates, could help energy companies plan and drill safely in New York’s Southern Tier, where they will face similar permit requests. The river water was to be used to support shale gas drilling in the area. Shale gas drilling uses horizontal well installation coupled with High Volume Hydrofracking (HVHF) methods, and requires a large volume of water to provide the hydro part of HVHF. The permit application was requesting the ability to remove water from the Tioga River, fill a standing column of tanker trucks with fresh water, haul the water to the drilling pad, and then return to the withdrawal point with production water, or flowback water, derived from the fracking process for treatment by either blending it with freshwater to decrease its total dissolved solids (TDS) concentrations, or boil it to reduce it to a solid waste. The flowback water is the stuff folks in New York do not want in their state, and is the primary reason for denouncing Marcellus shale drilling.

While on this trip I drove through Williamsport, PA and was amazed at the volume of business occurring in the area. There were a lot of people on the road and local businesses were thriving. Help wanted signs were everywhere and every store front was filled. I became curious to see if there was a noticeable difference between central Pennsylvania and New York’s southern tier, so I returned home to Long Island by way of a detour on route US-15 North.  I came upon Mansfield, PA and got off on the business bypass.  I was immediately surprised to see countless billboards from Chesapeake Energy claiming: “Shale gas drilling is good for America” and “Shale gas drilling creates jobs”. From that point on I saw full equipment yards, help wanted signs, and no vacancy signs at every hotel and motel along the road.

As I drove north and crossed the state line on route 15, I immediately noticed the road shifted from a four lane highway filled with truck traffic to a rural two lane unimproved road with few cars and fewer trucks. My speed dropped from 65 mph down to 35 mph. It was night and day different compared to what I saw only 15 miles down the road in PA. Stores were shuttered, roads were vacant, motels had plenty of vacancy; the area was depressed and lay dying.  I heard that NY trucking companies and southern tier residents regularly travel south to Pennsylvania’s high paying jobs ranging from oil field rough necks to design engineers, land planners and real estate development. Do New Yorkers move to Pennsylvania for work? I am sure they do. Is this really good for New York?

On the national scene politicians claim America will be a better place when we are energy independent from the Middle East and free of its wars, unrest and terrorists.  Do New Yorkers really want to remain tied to Middle Eastern energy by stopping HVHF?  Wouldn’t natural gas derived from Marcellus Shale, and the economic boon that comes from drilling for it, better serve our State?  The Marcellus Shale in New York can be safely exploited while providing an invaluable economic opportunity for job creation and state revenue, but our state government must take action. Otherwise we simply face the continuation of the night and day difference between the gleaming neighboring Pennsylvania and the depressed southern tier. Will dawn come to our State soon?